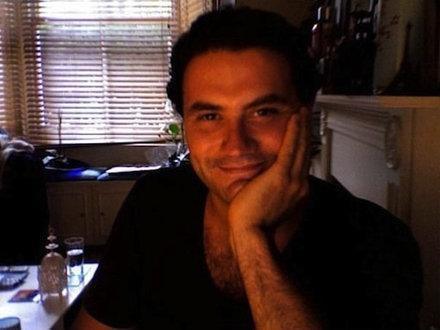 
Max Lowry was a highly versatile young British artist who, when he died suddenly in 2010 at 34 years old, was just beginning to fulfil his early promise.


As he experimented boldly with various techniques and media  - oils, collage, photography, digital imagery, anamorphic art  -  often blending several of them together, a strong narrative and  communicative style emerged, evoking the interactive generation:

"A composition of figures may suggest an untold story  . . . I hope that a dialogue is thus set up between artist and spectator, a narrative dynamic bringing the picture to life," he wrote.


Max was born in London in 1976;  when he was 10 his family base shifted to Paris and he spent his formative years between England and France.

At 13, he won a prestigious Art Scholarship to Marlborough College, where he also pursued his other creative passions for music and theatre.

In his mid 20's he set about establishing himself as a full-time artist,  painting portraits and landscapes,  and cartoon-inspired pictures, before moving into his own imagined world to paint abstractions of intense emotion, energy  and social interaction - "the great themes of personal life."

Max saw himself as an artist without frontiers, and latterly travelled a great deal, exhibiting and gathering inspiration in many countries, including the United States, France and China.

A retrospective exhibition of Max Lowry's  work was held at the Mall Galleries, London, 12-18  September 2011

This included a charity auction for Cardiac Risk in the Young (CRY) which raised £27,350.